You are here: Home / Uncategorized / LEGISLATURE UNLIKELY TO GET A QUICK WIN IN COURT: BALLENGER

The lawsuit challenging Whitmer’s power to continue a state of emergency without approval from the Legislature has been assigned to Michigan Court of Claims Judge Cynthia Stephens. In her more recent decisions in the past two years, Stephens has ruled once against Whitmer’s administration and twice against the Republican-controlled Legislature. 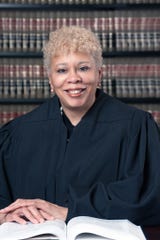 She is one of four Court of Appeals judges selected by the Michigan Supreme Court to serve on the Court of Claims, a body the Legislature created nearly seven years ago to hear initial lawsuits against the state government and on other matters. Stephens was chosen for the case at random by a computer.

Stephens is likely to provide “high quality consideration” of the claims filed by the Legislature, said Sam Bagenstos, a University of Michigan law professor who ran for the Michigan Supreme Court in 2018 on the Democratic ticket.

But any decision is likely to be appealed by either party, said Bagenstos, who was appointed by Whitmer to the Michigan Employment Relations Commission in 2019.

“This has all the hallmarks of a case that the plaintiffs are going to press to the Michigan Supreme Court,” he said.

The lawsuit asks for a “speedy hearing” and for Stephens to find that Whitmer’s “ongoing ‘emergency’ orders are improper and invalid” under Michigan law and its Constitution’s separation of powers.

The Legislature is unlikely to win any short-term relief from the case regardless of the judge, said Bill Ballenger, a longtime political analyst, a Republican former state lawmaker and head of the online Ballenger Report.

“My personal belief is that it would be very difficult for any judge, whether it was Cynthia Stephens or anyone else, to get into any of this murky thicket between the governor and Legislature in a short-term way in the middle of the pandemic,” Ballenger said.

“I would be surprised if she makes a quick decision. She might and, if she does, it will probably be in the governor’s favor,” he said, citing Stephens’ past rulings.

Nonetheless, the question about whether a governor can unilaterally extend an emergency declaration indefinitely is a legitimate long-term issue, he said.

Senate Majority Leader Mike Shirkey, R-Clarklake, and House Speaker Lee Chatfield, R-Levering, said Wednesday the Legislature was prepared for a long legal fight, if needed, one that is expected to end at the Michigan Supreme Court.

“I don’t start any lawsuit unless I’m willing to take it all the way,” Shirkey said.

“A disagreement of this size regarding the direction of our state and the people of our state is something we’re willing to see to the end,” Chatfield said.

The 68-year-old judge is not considered a reliable rubber stamp for the Democratic governor.

The businesses had a “likelihood of success” on arguments that there was “no genuine emergency,” she ruled.

The state Court of Appeals and the Michigan Supreme Court denied motions by Whitmer for an immediate delay or stay of Stephens’ injunction. The Court of Appeals is expected to rule on the state’s challenges to the injunction, but it is not clear when the decision will be made.

In 2018, Stephens struck down as unconstitutional two state budget laws passed with mostly Republican support that reimburse private schools for the cost of state mandated fire drills, inspections and other requirements.

A state Court of Appeals panel reversed Stephens 2-1, but the state Supreme Court last June agreed to hear an appeal of the appeals court’s decision. Oral arguments before the Michigan Supreme Court were adjourned while the U.S. Supreme Court considers a similar case out of Montana.

In 2019, Stephens struck down three of four requirements passed by the GOP-led Legislature that would have made it harder to initiate ballot drives in Michigan.

A three-judge Court of Appeals panel largely upheld Stephens ruling, but struck down the fourth requirement as well.

Both parties argued their cases March 11 in front of the Michigan Supreme Court and are awaiting a final decision.

Stephens is a resident of Detroit, which has accounted through Wednesday for a fifth of the state’s overall positive COVID-19 cases and more than a quarter of the state’s coronavirus deaths.