You are here: Home / Uncategorized / KENTUCKY DERBY 2019 HORSES: Odds and Post Positions for Contenders and Sleepers 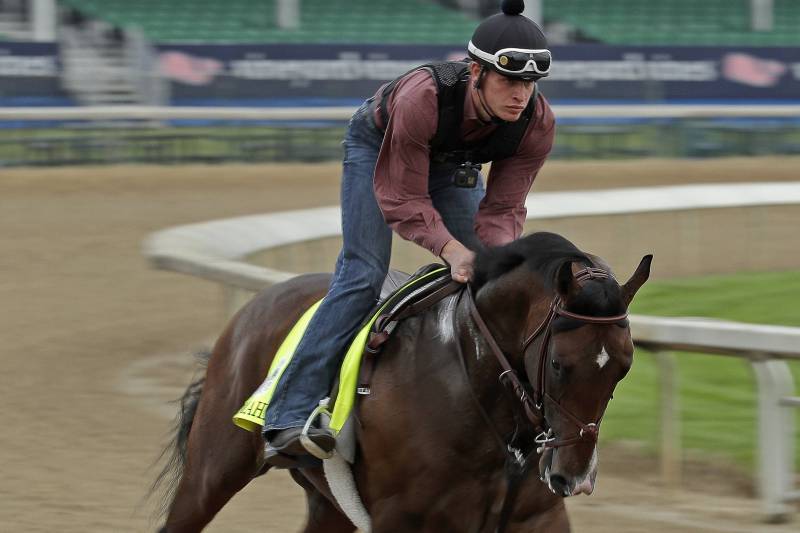 Omaha Beach comes into the Kentucky Derby as the pre-race favorite.Charlie Riedel/Associated Press

The most glamorous and the most important race on the horse-racing calendar is just days away, as a crowded field of 20 will fill the starting gate at Churchill Downs for the 145th running of the Kentucky Derby.

Post time for Saturday’s race is 6:46 p.m. Eastern Time, and all eyes will be on favorite Omaha Beach and three Bob Baffert horses including Improbable, Game Winner and Roadster. In addition to those four contenders, we will also look at a couple of sleepers who could provide impressive wagering returns for their backers if they can finish first under the wire in this vital Triple Crown race. Post positions were assigned Tuesday, and here’s a look at those posts, as well as the odds for the race.

Improbable will start from the No. 5 position, and that Baffert-trained horse will be ridden by Irad Ortiz Jr. This horse comes into the Derby two wins and two second-place finishes in stakes races.

The victories came during his two-year-old season in the Street Sense Stakes at Churchill Downs and the Los Alamitos Cash Call Futurity at Los Alamitos.

However, he had to settle for second-place finishes in the Rebel Stakes at Oaklawn and the Arkansas Derby at the same track in March and April.

Still, Improbable has been training well and the No. 5 post position is far enough from the rail that he should be able to emerge from the start without getting shuffled back.

Omaha Beach is the 4-1 favorite and trainer Richard Mandella’s horse will start from the No. 12 hole. Omaha Beach is ridden by Mike Smith, and this horse picked up victories in the Rebel Stakes and the Arkansas Derby.

The latter race was run in the rain, and that should be an indication that Mandella’s horse will be in fine shape if the skies open up at Churchill Downs as they did last year when Justify began his Triple Crown run.

Omaha Beach got off to a strong start in the Arkansas Derby and had plenty in reserve when he was challenged by Improbable.

“Mr. Mandella has been teaching him in the morning to break off strong and then relax,” said Smith, per Kellie Reilly of Brisnet.com. “He did just that. Picked a nice little spot and stayed right there. His cruising speed just takes him up there. I just basically tried to stay out of the way.”

Game Winner is another Baffert horse and he will be ridden by jockey Joel Rosario. Game Winner will start out of the 16 hole, and has two wins and two second-place finishes to his credit.Game Winner was victorious in his first two races at Santa Anita and Churchill Downs, but he comes into the Derby off a second-place finish in the Santa Anita Derby.Roadster is Baffert’s third horse in the race, he will be ridden by Florent Geroux. Roadster will start next to Game Winner from the 17 hole, and Geroux will have to be at his best to negotiate a spot that is close to the extreme outside.

Maximum Security is something of a sleeper with odds of 10-1. He is trained by Jason Servis and ridden by Luis Saez.

Maximum Security has won all four of his races, including the Florida Derby in late March. He will be running out of the No. 7 hole, and avoiding traffic may be the key to a good run in the Derby.

Tacitus will start next to Maximum Security in the No. 8 hole. He is trained by veteran Bill Mott and ridden by Jose Ortiz.

Tacitus is coming off victories in the Tampa Bay Derby and the Wood Memorial, so Ortiz could have a mount that is capable of challenging and beating the rest of the field.