You are here: Home / Uncategorized / Will Elon Musk Help Flint? If So, Is That a Good Thing? 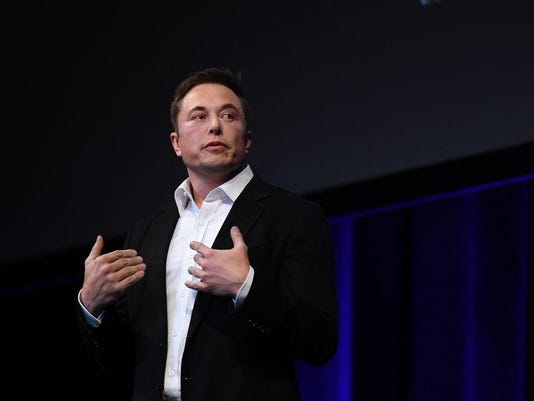 Elon Musk’s offer to help get clean water to Flint drew praise from some and derision from others Thursday as the billionaire tech entrepreneur continued to make waves on social media.

Flint Mayor Karen Weaver has not yet heard directly from Musk, but her spokeswoman said Thursday that “all we thought was ‘Thank God'” when the Tesla Inc. founder pledged a day earlier to help the city recover from its lead-contaminated water crisis.

“There are several different ways he could help,” said Flint public information officer Candice Mushatt, though she declined to offer specifics. “We’ve been saying, ‘Don’t take your eyes off Flint.’ This is not over.”

Mushatt said one of Musk’s associates reached out Wednesday evening for Weaver’s phone number. In a tweet Thursday morning from China, which is 12 hours ahead of Michigan, Musk said he would call Friday.

But at least two people — a significant investor in Musk’s Tesla automobile company, and a Virginia Tech professor whose work helped uncover the damage done to Flint residents through its tainted pipes — did not share the city officials’ enthusiasm as Weaver awaits that call.Challenged by Twitter users, Musk had said Wednesday, “Please consider this a commitment that I will fund fixing the water in any house in Flint that has water contamination above FDA levels. No kidding.”

Virginia Tech’s Marc Edwards, noting that Musk had cited FDA levels when he should have said EPA, also pointed out that “Mr. Musk did not seem to be aware that Flint residents are already getting free lead filters from the state.”

“He should be more focused on meeting his Tesla production goals,” Edwards said in an email to The Detroit News, “rather than trying to meet non-existent FDA drinking water standards.”

Musk had been in headlines earlier in the week for offering a mini-submarine to the rescuers retrieving 12 young soccer players and their coach from a flooded cave in Thailand.

Asked if he knew of anything unaddressed in Flint that Musk might help with, Edwards responded, “donate a mini-mini-submarine, so that Flint residents and all America can see the horrible state of their water infrastructure — that is one problem that is not fully being addressed.”

Only hours before Musk’s announcement on Flint, Tesla’s fourth-largest shareholder had urged him to focus on improving production figures for the Tesla 3, which has hundreds of thousands of deposit-paying customers awaiting delivery.

James Anderson, a partner and portfolio manager at Baillie Gifford & Co., told Bloomberg Television that “a time of quiet and peace is what is needed to work through these issues. It would be good to just concentrate on the core task.”

But Sandy Pensler, a Grosse Pointe financier running for the Republican nomination for U.S. Senate, announced Thursday he would add $500,000 of his own money to whatever Musk undertakes.

Pensler issued a statement crediting Musk with “a very interesting idea on how to ensure remaining homes get clean water — and to do it fast. According to the EPA, there has been tremendous progress in water quality, but by installing high-end filtration systems at houses still under impact we can fix any remaining problems within a few days.”

“To Elon, I will put $500,000 of my own funds behind this,” he said. “Let’s be innovative. Everyone put politics aside and fix the remaining problems. Elon Musk has my support.”

About 37 percent of Flint’s estimated 18,000 lead water service lines have been replaced with copper piping, Mushatt said, and the goal is to complete work on the rest by the end of 2019.

About 90 percent of the high-risk sites in Flint have been testing below federal action levels of 15 parts per billion for nearly two years, according to state regulators.

The Detroit News reported Wednesday that many residents don’t trust that their water is pure even if their pipes have been replaced.