You are here: Home / Uncategorized / WALL STREET JOURNAL: Michigan Has a Comeback Story to Tell 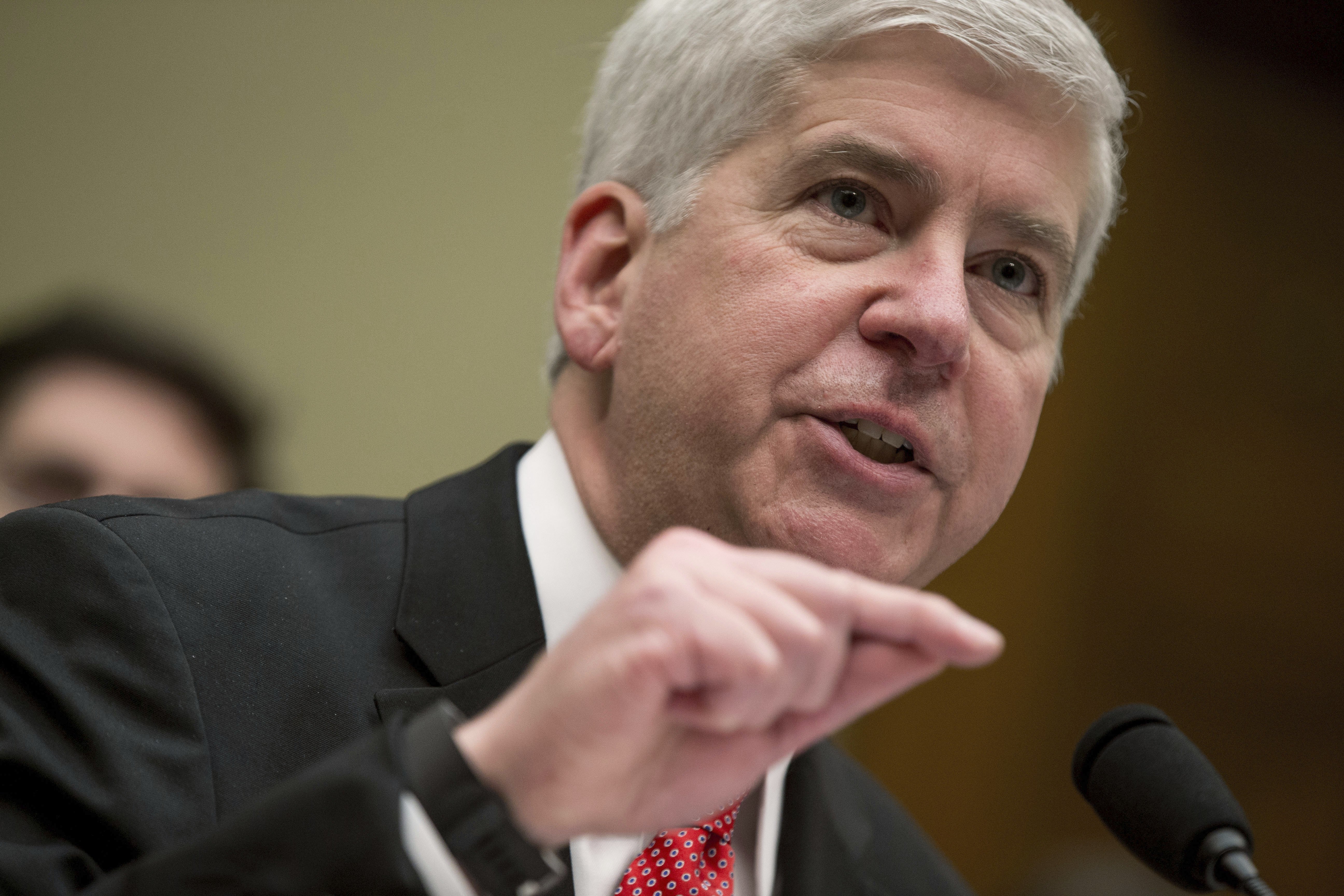 by The Wall Street Journal Editorial Board
Sept. 25, 2017

As Washington begins to debate tax reform in earnest, states can provide instructive policy lessons for better and sometimes worse—see the fiscal crack-ups in Connecticut and Illinois. Michigan, on the other hand, offers a case study in the pro-growth potential of business tax reform.

Former Michigan Democratic Gov. Jennifer Granholm was a progressive specialist in using the tax code to politically allocate capital, which depressed and distorted business investment. Between 2002 and 2007, Michigan was the only state to experience zero economic growth.

Ms. Granholm’s Republican successor, Rick Snyder, recharged growth with tax and regulatory reforms. While Michigan’s GDP has been expanding at roughly the national average since 2011, it has led the Great Lakes region. 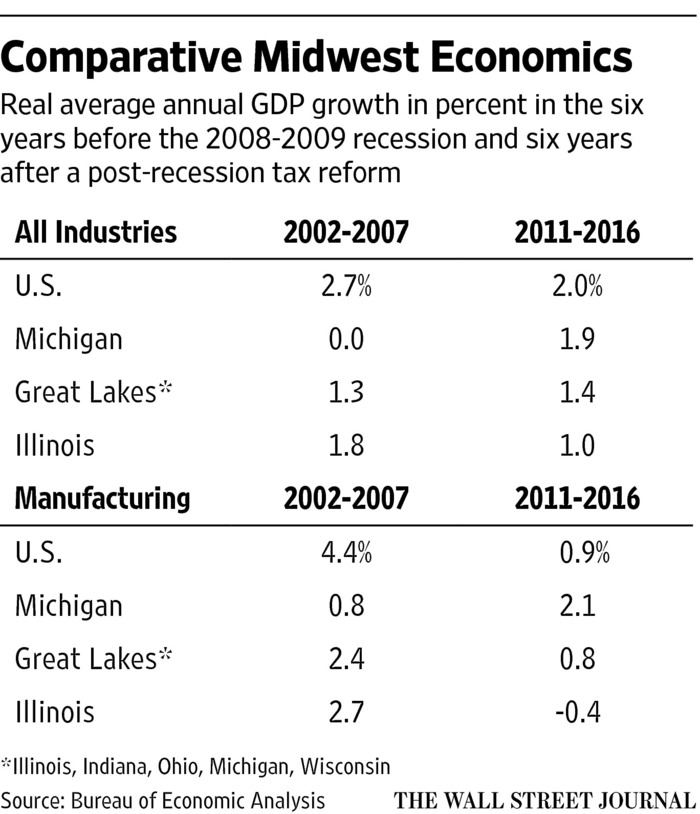 Michigan slipped into recession in 2003 as manufacturing contracted, which unions blamed on China and free-trade agreements. But misguided policies were arguably bigger contributors to Michigan’s slump. Between 2002 and 2007, Michigan’s manufacturing grew at a third of the rate of the Great Lakes region. During this period, motor-vehicle and parts manufacturing in Indiana increased five times as much as in Michigan. And Indiana’s economy is nearly as dependent on vehicle production as Michigan’s.

Democrats in Lansing responded by raising taxes with dispensations for politically favored constituents. In 2007 Democrats increased the state income tax to 4.35% from 3.9%. They also enacted a new business tax with a 4.95% tax on income, a 0.8% gross-receipts tax, plus a 21.99% surcharge on business tax liability.

The three-layered business tax replaced a value-added tax, but retained its flaws—namely, its pyramid structure and myriad carve-outs. New credits were created for Nascar, car dealers, film-production companies, large food retailers and warehouses. Businesses could even pocket $100,000 for contributing to zoos. Care to sponsor a giraffe?

None of the tax gimmicks revived growth, and Michigan’s economy plunged amid the national recession with unemployment hitting 14.9% in June 2009. The auto bailout helped stanch job losses at GM and Chrysler while pension reforms and a two-tier wage scale for new workers made Detroit’s auto makers more economically competitive.

Mr. Snyder’s first major undertaking with his Republican legislature was to replace the cumbersome state business tax with a 6% corporate tax and trim the individual rate to 4.25%. Michigan’s corporate-tax ranking jumped to seventh from 49th in the Tax Foundation’s business tax climate rankings.

After the 2012 midterm elections, Republicans passed right-to-work legislation that lets workers choose whether to join unions. In 2014 state voters approved a ballot measure backed by the governor to repeal the personal-property tax for small businesses and manufacturers, which was levied on the value of machines and other tangible equipment.

Capital investment and hiring have increased sharply. Two months after Mr. Snyder signed the tax reforms, job growth turned positive. In 2011 Michigan added jobs for the first time in six years, and it has since led the Great Lakes region in manufacturing growth.

Liberals may want to credit the auto bailout, but auto manufacturing isn’t driving Michigan’s growth. Between 2011 and 2015 (the last year with available disaggregated data), Michigan’s motor-vehicle and parts production increased by 2.3%—half as much as in Indiana and the U.S. During the first quarter of this year, when car sales stalled, overall manufacturing in Michigan still grew by a healthy 7.4%. The Mackinac Center notes that fabricated metals and machinery are doing particularly well, but growth has been broad-based. Since 2011, professional and business services have expanded at an annual 3.6% and IT by 2.7%.

Downtown Detroit is drawing tech firms and young entrepreneurs. Unemployment in the Detroit metro area has fallen to 3.2% from 11.4% six years ago. Businesses in Ann Arbor and Grand Rapids say they can’t find enough workers. Perhaps they should try recruiting in Chicago or New Haven.

The left loves to flog the political revolt against Kansas Gov. Sam Brownback’s tax cuts, which they blame for yawning deficits. But the bigger deficit drivers were court-mandated increases in school spending and a slump in farm commodity prices. Republicans also erred by retaining major tax breaks and repealing the income tax for small businesses, which caused some individuals to change their filing status. Caveat, Senators.