You are here: Home / Uncategorized / The Lamp: WHITMER & CUOMO IN A RACE TO THE AUTHORITARIAN BOTTOM 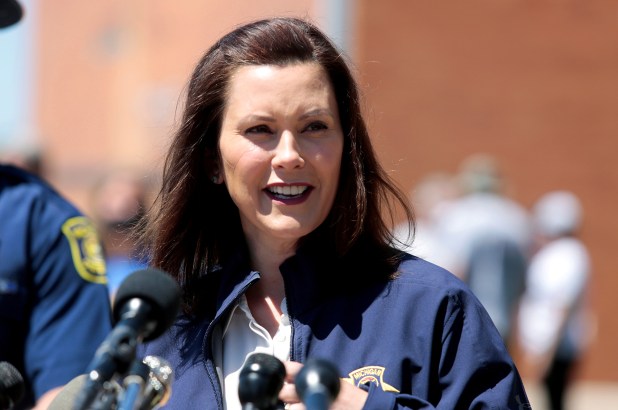 As painful as it is to admit it, there are two colorable arguments against impeaching Gov. Andrew Cuomo. The first is that the best remedy for bad politicians is the ballot box. A better argument, though, is that as hard as it might be to believe, Empire State residents could have it worse. They could be living under the feckless rule of Gov. Gretchen Whitmer of Michigan, my home state.

Such are the rock-bottom expectations set by big-blue-state governors’ race to the authoritarian bottom.

“Big Gretch,” as she is called with what is apparently affection by her supporters, made national headlines last week when it was revealed that she had lied about visiting Florida in defiance of her own travel advisory. When finally confronted with her fabrication, Whitmer admitted that she had spent a few days in the Sunshine State, which in the popular liberal imagination is some kind of post-apocalyptic hillbilly wasteland, equal parts “Deliverance” and “I Am Legend.”

No one can blame Whitmer for wanting to spend time with her ailing father in Florida. But what about the untold numbers of Michiganders who found themselves unable to visit their own relations during the last year? Not long ago, a friend of our family who had been fully vaccinated watched her grandmother die through a glass partition because public-health bureaucrats decided that allowing this nonagenarian to spend her final moments with the vaccinated people she loved was too much of a risk; the woman in question wasn’t even dying of COVID.

But last week’s hypocrisy, which led Jimmy Patronis, Florida’s chief financial officer, to send Whitmer a letter Monday begging her not to “be a stranger” and wishing to “see you again soon,” is only the latest example of her contempt for the people of Michigan.

Say what you want about Cuomo’s handling of nursing homes, but at least he changed his mind after the predictable consequences of introducing active COVID infections into these dens of misery and infection were revealed. Meanwhile, when the Michigan state legislature sent Whitmer a bill that would have made it illegal to do the same thing in our state, she vetoed it out of spite for the GOP majority.

Her painfully insincere argument was that treating COVID patients in empty facilities rather than in old-folks’ homes would be — you can’t make this up — a violation of their privacy rights.

Needless to say, Whitmer’s veto had nothing to do with science. Neither did her absurd and fortunately short-lived ban on the sale of paint and garden gnomes or her decree that it was illegal to visit one’s own vacation home, or her decision to open up the northern half of the state in time for her own planned vacation, where her husband attempted to jump the line to have his boat docked in an upscale marina.

This is to say nothing of her unilateral suspension of the state’s Open Meetings Act, which made the deliberations of virtually all state and local government bodies invisible to the state’s citizens whenever officials found it convenient, and her executive order allowing agencies to all but ignore Freedom of Information Act requests.

None of this is to suggest that Cuomo is a model public servant by comparison. It’s painful to watch him win spurious awards for his hollow TV performances and to see him put in charge of the official White House briefings for the nation’s other 49 governors that were handled by Vice President Mike Pence under Team Trump.

In many cases, Cuomo and Whitmer chose to adopt the same ludicrous policies: allowing bars and restaurants to reopen, for example, but forcing them to close early, no doubt on the grounds that the virus is a nocturnal predator.

And for all their dictatorial excesses, New York and Michigan have fared far worse than GOP-led states the elite media love to bash: Texas has seen cases drop by 50 percent and deaths even more steeply since it dropped its statewide mask mandate, while Michigan was witnessing a massive case surge a week ago.

Cuomo has been every bit as preening and self-congratulatory as Whitmer and has arguably benefitted even more from the incuriosity of the liberal media establishment when it comes to the failings of Democratic politicians. But at least when Whitmer’s competence was revealed as a mirage last year, her name began to disappear from lists of potential running mates for then-candidate Joe Biden, and she found herself appearing less often on cable news and late-night shows.

As far as I know no one has attributed this discrepancy to sexism, which is a real shame. Women are just as qualified to be egomaniacal tinpot authoritarians as men are, thank you very much.

Matthew Walther is editor of The Lamp magazine.