You are here: Home / Uncategorized / NATIONAL JOURNAL NAMES TOP POLITICAL TURKEYS OF 2020
AGAINST THE GRAIN

The biggest political turkeys of 2020

The most infamous political flops of the year—from not-ready-for-prime-time candidates to campaign tactics that didn’t stand the test of time. 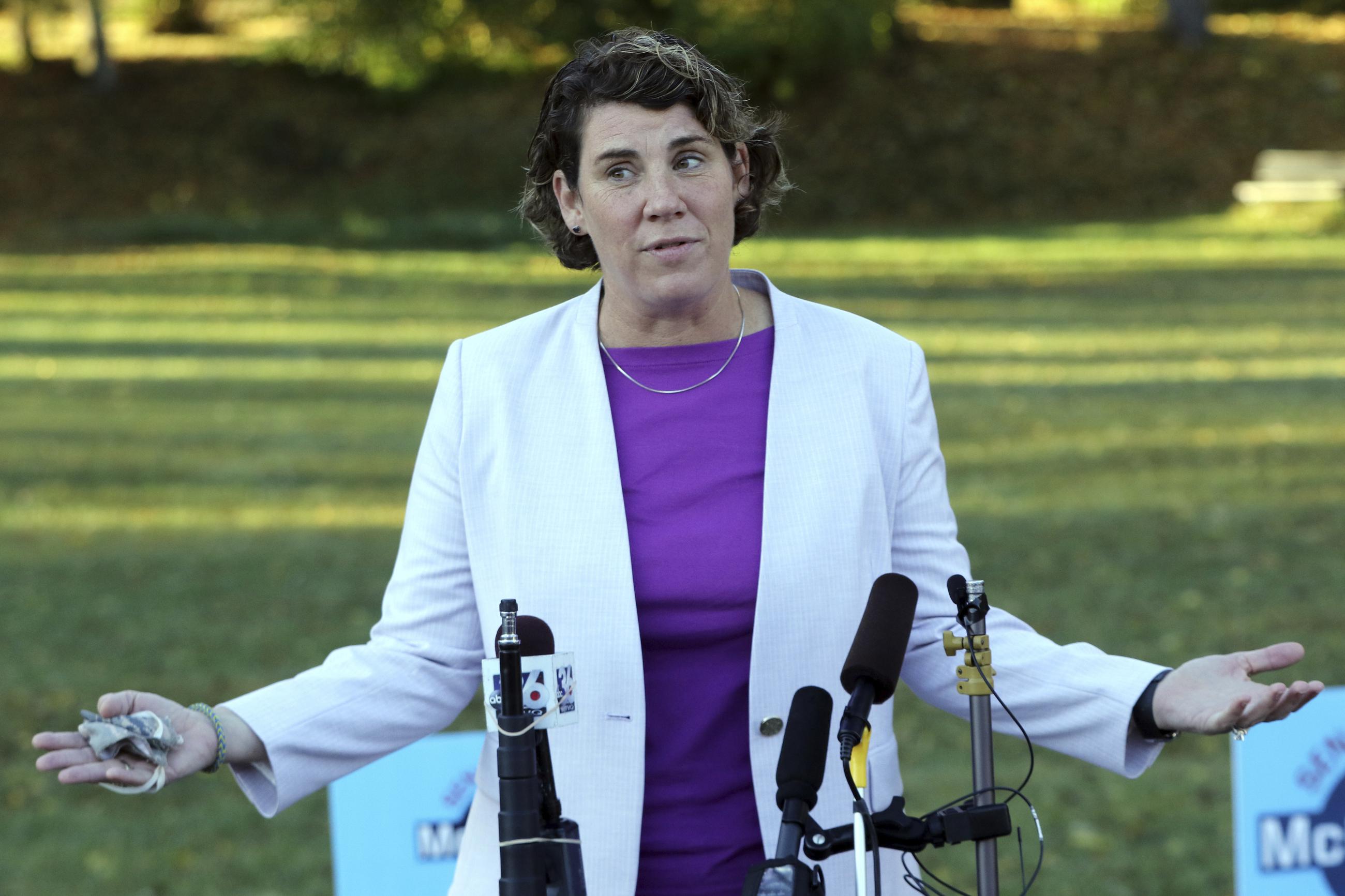 It’s hard to believe we’ve already arrived at Thanksgiving week in this crazy and tumultuous political year. That means it’s time for my annual list of the biggest turkeys in politics. The 2020 list doesn’t just rank not-ready-for-prime-time candidates, but also the institutions and strategies that didn’t live up to expectations.

1. Martha McSally (R): McSally, who was appointed to the Senate in Arizona after losing her first Senate race two years ago, lost by a slightly bigger margin to Democrat Mark Kelly in this year’s election. Even worse, she was one of the few frontline Republican Senate candidates to run behind President Trump; the president lost the state by a 0.3-percent margin, while she trailed Kelly by 2.4 percent. If she had run just slightly ahead of Trump, there’s a good chance she would have won the race.

Her campaign’s low point came at a Trump rally one week before the election, when the president rushed her up on stage, while belittling her candidacy. “Martha, just come up fast. Fast. Fast. Come on. Quick. You got one minute! One minute, Martha! They don’t want to hear this, Martha,” Trump said. With friends like these ….

2. Amy McGrath (D): McGrath, a military veteran who lost a hotly contested House seat in the Democratic wave of 2018, took the wrong lesson from her defeat. Instead of considering a 2019 campaign against an unpopular GOP governor, she decided to take on Senate Majority Leader Mitch McConnell, a near-impossible task in a solidly Republican state. Her challenge to McConnell allowed her to raise record sums of money ($88 million), which obscured her lackluster performance on the campaign trail.

The nadir of her race came during the Democratic primary against African American state lawmaker Charles Booker, who came within 3 points of winning despite being dramatically outspent. Her struggles extended into the general election against McConnell: Despite airing endless ads blasting him as an obstructionist creature of the Washington swamp, McGrath never came close to winning. McConnell’s 58 percent was the second-highest winning percentage of his entire Senate career.

3. Michael Bloomberg (D): The former New York City mayor entered the presidential primary race at the end of last year and for a short time was seen as a legitimate contender. But he quickly learned that money doesn’t buy you love in politics. He poured over a billion dollars of his own money into the campaign, only to win a mere 59 delegates, an embarrassing bang-for-the-buck showing for an otherwise savvy businessman.

Adding insult to injury, Bloomberg initially declined to pay health benefits for his laid-off campaign staff after dropping out of the race; he ultimately relented under pressure. And his late financial engagement in Florida, Texas, and Ohio on behalf of the Biden campaign proved to be a political dud. Trump carried Florida by a larger margin than he did in 2016, while winning Ohio and Texas by similarly comfortable margins. Bloomberg’s a living lesson of the time-tested political maxim: Message means a lot more than money.

4. David Richter (R): Republicans successfully convinced Richter, a wealthy businessman, to run against Democratic Rep. Andy Kim of New Jersey instead of challenging party-switching Rep. Jeff Van Drew in a primary. While that maneuver may have helped Van Drew win reelection, it ended up squelching GOP chances in another favorable district.

Richter ended up being badly outspent by Kim, by more than a 4-to-1 ratio. In a southern New Jersey district where it’s expensive to air ads, he didn’t put enough of his own money into the race to make it competitive. At a time of high partisanship, Richter lost to Kim by 8 points in a district that the president likely carried. (Trump won the district by 6 points in 2016; it’s still unclear whether Biden or Trump carried it this time, with votes still left to be counted.) With a stronger candidate, this is a seat that Republicans could have flipped.

It’s clear there’s a political penalty for outspoken progressivism, at least in competitive states and congressional districts. In fact, a different roster of hyped progressive recruits performed just as poorly in 2018, in an even better political environment for Democrats.

6. Republican recruiting holes in Trump districts. Given that Republicans greatly overperformed pre-election expectations, it’s very possible that the lack of credible candidates in certain competitive districts may have prevented them from winning back the majority. Some examples: Rep. Katie Porter of California won only 54 percent of the vote against a weak GOP challenger, in a county where Republicans flipped two seats. Republicans didn’t effectively recruit against Rep. Haley Stevens of Michigan, who prevailed by just 2 points in a suburban Detroit district that Biden carried by 5 points. And Republicans nearly defeated Rep. Lauren Underwood of Illinois, despite nominating a perennial candidate (Jim Oberweis) with a track record of losing nearly every congressional election he’s run in.

7. Political polling. The polling industry, writ large, missed the mark by more than it did four years ago. FiveThirtyEight’s final national polling average showed Biden ahead by 8.4 points; his final winning margin is likely to be about half that. Biden led in the Wisconsin polling average by 8 points, and held a 17-point lead in one pre-election statewide poll from a respected pollster. The Democrat ended up winning the state by less than a 1-point margin. In Michigan and Pennsylvania, Biden’s lead in the polling averages was significantly greater than the eventual nail-biting results. In Maine, not a single public poll showed Sen. Susan Collins winning her reelection against Democrat Sara Gideon; she ended up prevailing in a landslide by 10 points.

Furthermore, all the polling error occurred in one direction, towards Biden and Democratic congressional candidates. Of the 27 toss-up races in the Cook Political Report House race ratings, Republicans are well-positioned to win all of them. (Several close races remain uncalled, though Republicans are currently leading those contests.)

Many hypotheses have been proffered to explain the error, from an undersampling of “low-trust” working-class voters to conservative-minded, college-educated voters declining to tell pollsters their true feelings about politics. Either way, it’s a problem that’s afflicted everyone from the big-name public pollsters to the blue-chip Democratic and Republican firms conducting surveys for campaigns.