You are here: Home / Uncategorized / Governor Leans On Lobbyists to Pull Her Fat Out of the Fire with GOP Legislators

Whitmer’s office to lobbyists: Pressure GOP if you want your vetoed items back 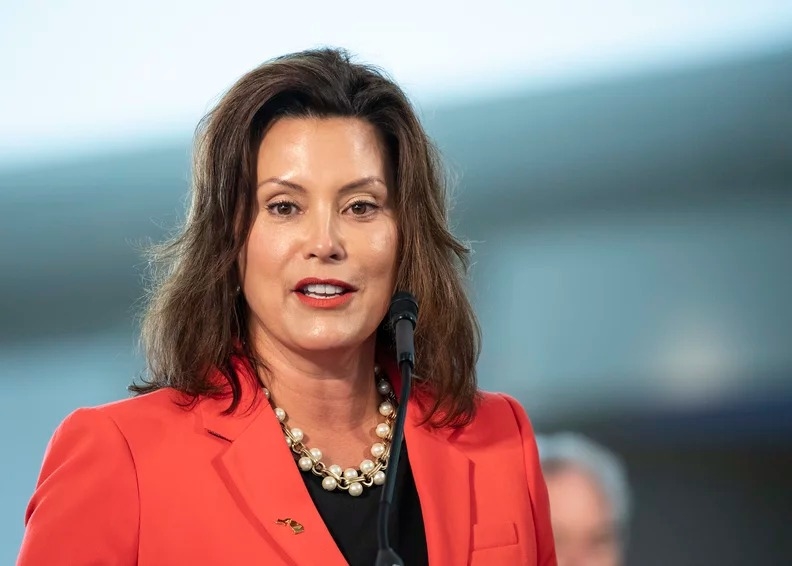 LANSING, MI — Governor Gretchen Whitmer summoned a large group of multi-client lobbyists to a meeting with her aides after her line-item vetoes of an array of budget items.

A few hours after Gov. Gretchen Whitmer ripped the Legislature’s “pork barrel” spending for “lobbyist-pitched programs” during a news conference Tuesday, her senior staff met with Lansing’s lobby corps to enlist their help in fixing the budget the Democratic governor had just dissected.

About 20 private lobbyists representing special interest groups that got their line-item appropriations axed by Whitmer in an unprecedented veto spree were summoned to the governor’s office for a midafternoon powwow with senior gubernatorial aides, according to four lobbyists in attendance.

According to those in the room, the governor’s aides read from prepared talking points and encouraged them to lobby Republicans who control the Legislature to introduce a supplemental budget bill that could be used to restore the 147 line items totaling $947 million that Whitmer wiped out day before.

The lobbyists, who spoke on condition of anonymity, described the strategy as unusual and said the governor’s aides made no commitment to getting funding restored for their clients.

“The governor’s office thinks somehow we’ve got the magic dust to put Republicans at the table and talk about roads,” said one veteran lobbyist who attended the meeting.

This was the general company line several special-interest groups reported getting from the governor’s office last week after Whitmer threw down a gauntlet with the GOP-controlled Legislature: If you can convince Republicans to restart budget negotiations, then there’s a chance you can get your piece of the pie back.

“What’s the guarantee this won’t happen again? And the response was: ‘There isn’t one,'” said Melissa Roy, a Detroit-based public affairs consultant and registered lobbyist. Roy was not present at the meeting of multiclient lobbyists but said she spoke with one of Whitmer’s policy advisers after the $1 million grant she lobbied lawmakers for got axed.

Roy represents the Autism Alliance of Michigan, which since 2014 has received an annual state grant for its autism navigators program, a hotline for adults with autism and families of autistic children who need help navigating government programs, health insurance and public education systems.

The autism program was not in Whitmer’s budget plan introduced in March, but her staff encouraged the Autism Alliance and its board members to lobby for the money “and if the Legislature included it, the administration would come to the table as well,” Roy said.

Despite laying waste to budget items Republicans and their outstate constituents hold dear, there’s no guarantee the GOP is coming back to the table to make amends. Senate Majority Leader Mike Shirkey and House Speaker Lee Chatfield essentially want Whitmer to publicly apologize for the vetoes and let the governor twist in the wind and defend her cuts.

Whitmer’s decision to torpedo parts of the $60 billion state budget with the nearly $1 billion in line-item vetoes and $625 million of inner-departmental transfers has changed the dynamics of the already fragile relations of Michigan’s politically divided leaders. The governor’s vetoes were broadly designed to inflict pain on Republicans back home and eventually force them back to the negotiating table so the governor can get her non-transportation priorities funded.

Payments will cease flowing this month from the Treasury Department to county sheriff’s departments that patrol secondary roads and house low-risk offenders in county jails as well as subsidies for nursing homes, rural hospitals, isolated public schools and medical clinics on Beaver, Drummond and Mackinac islands.

And charter schools won’t get the same $240-per-pupil increase as traditional public schools thanks to another Whitmer veto, causing schools to halt planned pay increases and trim other expenses two months into the school year.

The veteran lobbyists summoned to the governor’s office said the pain of Whitmer’s vetoes may need to be felt outside the confines of the Capitol complex before the governor and legislative leaders restart budget talks.

Meanwhile, groups like the Autism Alliance are trying to figure out a path forward without the state aid they’ve come to rely on.

They are now emblematic of this budget battle as Republicans have framed Whitmer as an unfaithful ally for speaking at the group’s annual gala in April and then gutting one-fourth of its funding with a stroke of a pen in September.

But the Autism Alliance’s lobbyist still can’t believe it has become entangled in a deeper stalemate between Whitmer and the Legislature over road funding, taxation and how big and expansive state government should be.

“At this point, a $1 million Autism Alliance navigator isn’t the biggest leverage in the world,” Roy said. “It’s not a program that belongs or even fits in the negotiating table on these larger budget issues. … It’s just baffling to us as to why we’re here right now. There’s no logic as to why we’re in the position that we’re in.”