You are here: Home / Uncategorized / CORONAVIRUS: SOME GOOD NEWS FOR HORSE RACING?

Horse Racing Is One of the Last Sports Standing in US 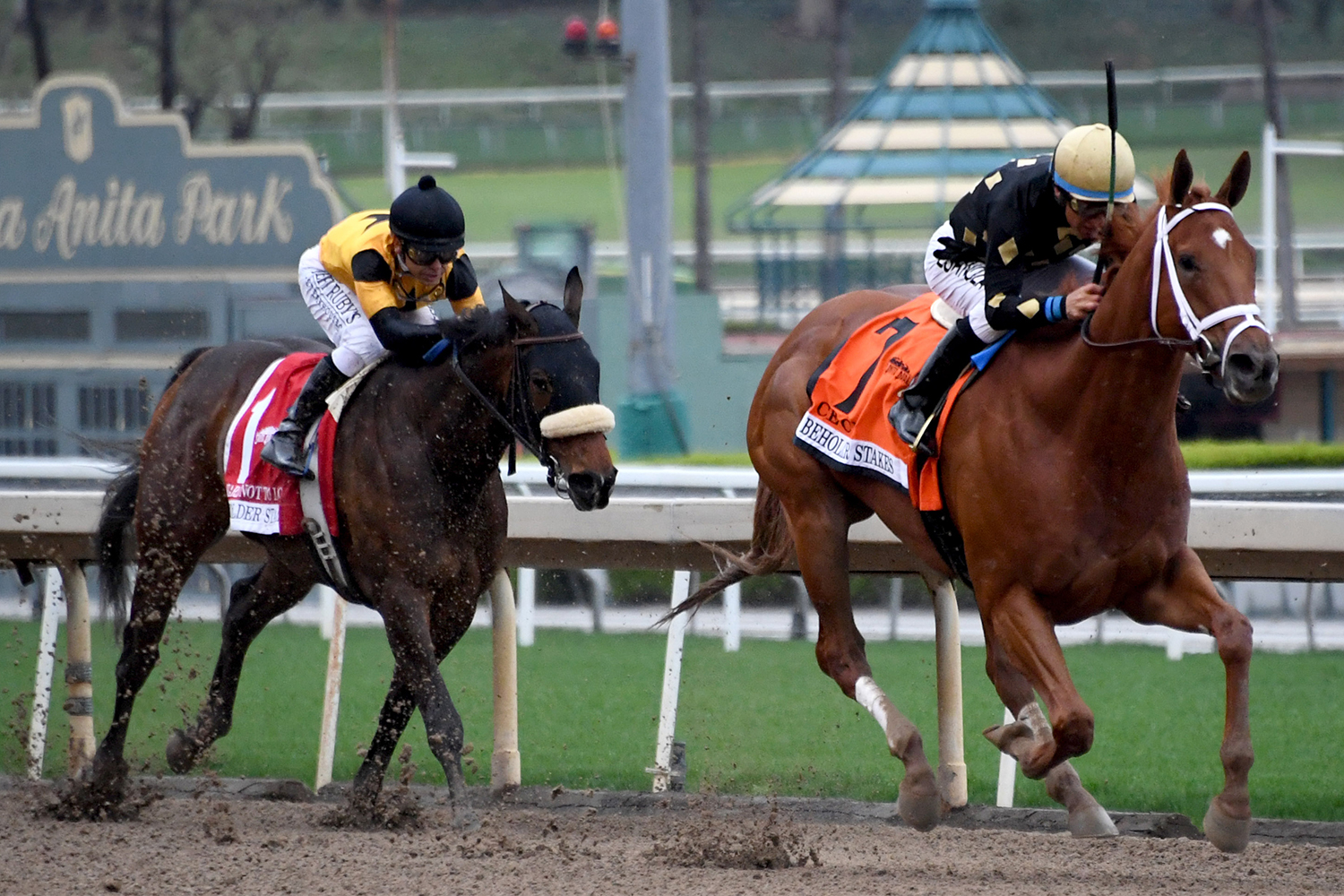 With nearly every sport in the United States shut down for the foreseeable future because of the coronavirus, there is one that intends to go on as long as possible: professional horse racing.

With the NBA, NHL, MLS and MLB fully postponed, races at Santa Anita Park in southern California held races over the weekend without any fans in attendance.

Though only owners, state officials and essential personnel were on hand, the races were held as scheduled and more than $6.5 million was wagered.

None of the gambling was done at the track as attendees at the races were not allowed to bet the races through tellers or self-service betting machines. But that’s not all that unusual, as nearly 90 percent of wagering on horse racing is usually done via off-track bets.

Horses can’t contract coronavirus, so it’s feasible tracks like Santa Anita can continue to hold races throughout the outbreak while other American sports stay shuttered.

While that likely won’t be enough to make horse racing as popular as it once was, it will at least give die-hard gamblers something to wager on as well as keep some sort of athletic competition alive in the U.S.

“If you look at what is out there, people sitting at home, working at home, not a lot of entertainment options, horse racing can give people a little relief to what’s going on in the world,” Tony Allevato, president of NYRA Bets, told the Los Angeles Times. “This an opportunity to put our sport in front of new fans, casual fans, and help relieve some of the stress people are dealing with.”