You are here: Home / Uncategorized / BEHIND THE SCENES: DEMOCRATS TRYING TO STEAL AN IOWA U.S. HOUSE SEAT

Democratic candidate Rita Hart is trying to steal a U.S. House seat in Iowa. House Speaker Nancy Pelosi is helping her do it.

Pelosi wants to overturn Republican Mariannette Miller-Meeks’s very narrow win in Iowa’s 2nd Congressional District. Her efforts are so blatantly partisan, dishonest, and anti-democratic that a few members of Pelosi’s own party caucus have come out against her.

“Losing a House election by six votes is painful for Democrats,” wrote Minnesota Rep. Dean Phillips, the first congressional Democrat to voice firm opposition to this scheme. “But overturning it in the House would be even more painful for America. Just because a majority can, does not mean a majority should.”

Those words are crucial right now. “Just because a majority can, does not mean a majority should.”

It’s “democracy,” you see, because as long as they have majorities, they believe anything that gets in the way of pure majoritarian rule is “undemocratic.”

So, it’s fitting of Pelosi’s governing philosophy that if a majority of Congress can overturn an election, there’s no reason that majority shouldn’t. Never mind that, when they lacked a majority, Pelosi and her party sang from the opposite songbook about majoritarianism.

Suddenly, you get an idea of how undemocratic this democracy can be. Thankfully, a few other Democrats are on the side of Phillips.

“I want to see what compelling reasons there are for the feds to get involved in this,” said California Democratic Rep. Lou Correa. “I think these are issues that, right now, are probably best left at the state level.”

Democratic Rep. Dan Kildee of Michigan agreed: “Unless we see compelling evidence that there’s something seriously wrong, then we should defer to state and local officials.”

Iowa’s election officials have already confirmed Miller-Meeks’s win was legitimate, even if it was extremely close. The district held a recount and found that Miller-Meeks was still the winner, and the state’s bipartisan canvassing board voted unanimously to certify her win. Hart failed to challenge the result in state court.

Despite this, Hart and Pelosi are now trying to push the House Administration Committee to investigate the election and decide whether Miller-Meeks was a legitimate victor. The committee voted last week not to dismiss Hart’s case, which means Democrats are just one more party-line vote away from unseating a legitimately elected Republican member of Congress.

To say this is hypocritical would be an understatement. Just a few months ago, Democrats rightly denounced former President Donald Trump for trying to overturn President Biden’s victory in several swing states. Pelosi’s actions at this point utterly lack legitimacy and are identical in essence to Trump’s when he encouraged Republican senators to overturn the Electoral College vote.

Pelosi’s goal is the same: to grab power after losing the election.

House Democrats have argued that Hart has every right to challenge the election’s results given how close it was. Funny — that’s exactly what Trump said.

At least a few Democrats have enough common sense to understand how seriously this would affect the nation’s elections. If the party in power can undo a close race and choose the victor, then what’s the point of certifying elections in the first place?

The Constitution gives Congress an immense and mostly unrealized power to judge all elections. A congressional majority big enough can just throw out any presidential election result it wants and install its own president. It could overturn the election of any member it doesn’t like or of every single winning candidate from the opposing party, one by one. The only safeguard against this is that such blatant abuses of power would result in public shame and outrage.

Unfortunately, the rest of the Democratic Party has already made up its mind. Politico reported this week that Democratic leadership supports the committee’s investigation and has even hired top election lawyer Marc Elias to make Hart’s case. They are going to steal this seat unless enough Democrats have a conscience and decide, like Phillips, that just because they can steal it doesn’t mean they should. 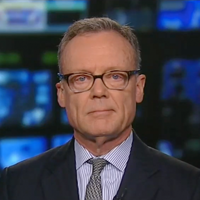 You’ve seen him on national TV – now get access to the latest columns from Editorial Director Hugo Gurdon!